On the 6th February of this year Her Majesty The Queen will become the first British Monarch to celebrate a Platinum Jubilee, marking 70 years of service, having acceded to the throne on 6th February 1952 when Her Majesty was 25 years old.

To celebrate this unprecedented anniversary, events and initiatives will take place throughout the year, culminating in a four day UK Bank Holiday from Thursday 2nd to Sunday 5th June. The four days will provide an opportunity for communities and people throughout the United Kingdom to come together to celebrate this historic milestone. The four days of celebrations will include public events, community activities and beacon lighting, as well as national moments of reflection on The Queen’s 70 years of service.

There are many ways you can get involved in Her Majesty the Queen’s Platinum Jubilee celebrations in 2022. If you would like to organise your own street party, please see guidance at the at the bottom of this page.

Wallingford will be marking the historic occasion with a variety of festivities including : 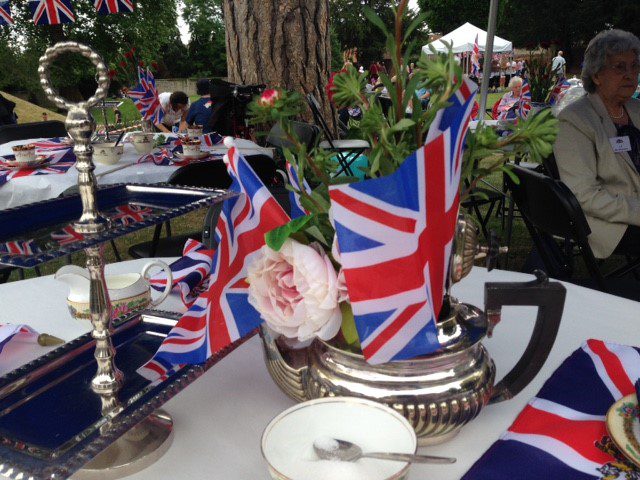 "Picnic in the Castle Gardens"

Bringing the Wallingford Community together! Come and celebrate the Queen’s Jubilee in the Castle Gardens! There will be live music, children craft activities, entertainment and giant games.

Bring along a picnic and blanket and enjoy some fun in the sun! Children are invited to wear fancy dress.

Live music from the Wallingford School Band, Laura Lee and Choir and the Tuneless Choir sing along

There will be royal craft activities in the craft tent.

Donkeys from Island Farm Donkey Sanctuary will be visiting and the Mayor of Wallingford will be arriving by Donkey.

Food and Drink…. and more!

A flotilla procession of boats and small craft travelling down the river to Wallingford Bridge, boats will decorated and illuminated. Boats set off at 9pm from the Ring Road Bridge. Spectators are encouraged to watch from Wallingford Meadows. Fireworks by Illusion Fireworks will be the finale of the weekend and will start at around 10pm. 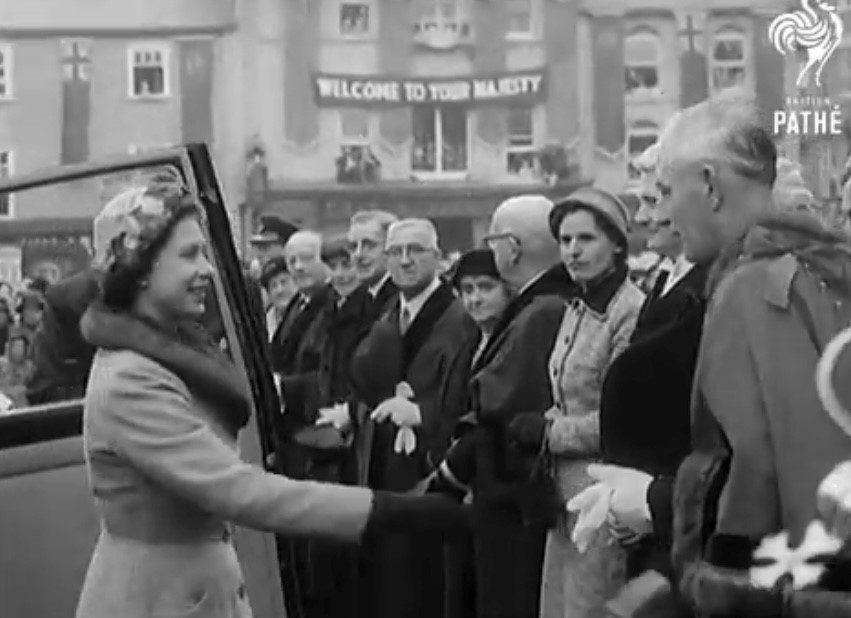 Photograph & Memorabilia Exhibition of the last 70 years by David Beasley

This event is free to all!

Shops, schools, households, pubs and restaurants – the carnival wants everyone to get involved! Decorate your home, garden, business, window for the Jubilee weekend. Prizes to be won! Check out the Wallingford Carnival Facebook page for further information

Elizabeth : A Portrait in Parts showing at the Corn Exchange

Elizabeth : A Portrait in Parts showing at the Corn Exchange

A unique and inventive feature documentary about the life of Queen Elizabeth II. Directed by the late, great and much celebrated Roger Michell (Notting Hill, The Duke), Elizabeth: A Portrait in Parts is a nostalgic, uplifting and fresh modern chronicle of the extraordinary 70-year reign of Her Majesty the Queen, the longest-lived, longest-reigning British monarch and longest-serving female head of state in history.

View the trailer here and visit the Corn Exchange website for ticketing information.

Family fun day at the Hithercroft with Walking Hockey, Petanque, Tennis, Skittles, Rounders and much much more – BBQ and bar open 2pm – 10pm.

Pop down, put out a picnic blanket, join in with the sports club, kick a football, throw a rugby ball and enter your team for the rounders tournament

Hunt for the Queens Corgi's

Look out for the Queens Corgi’s around Wallingford 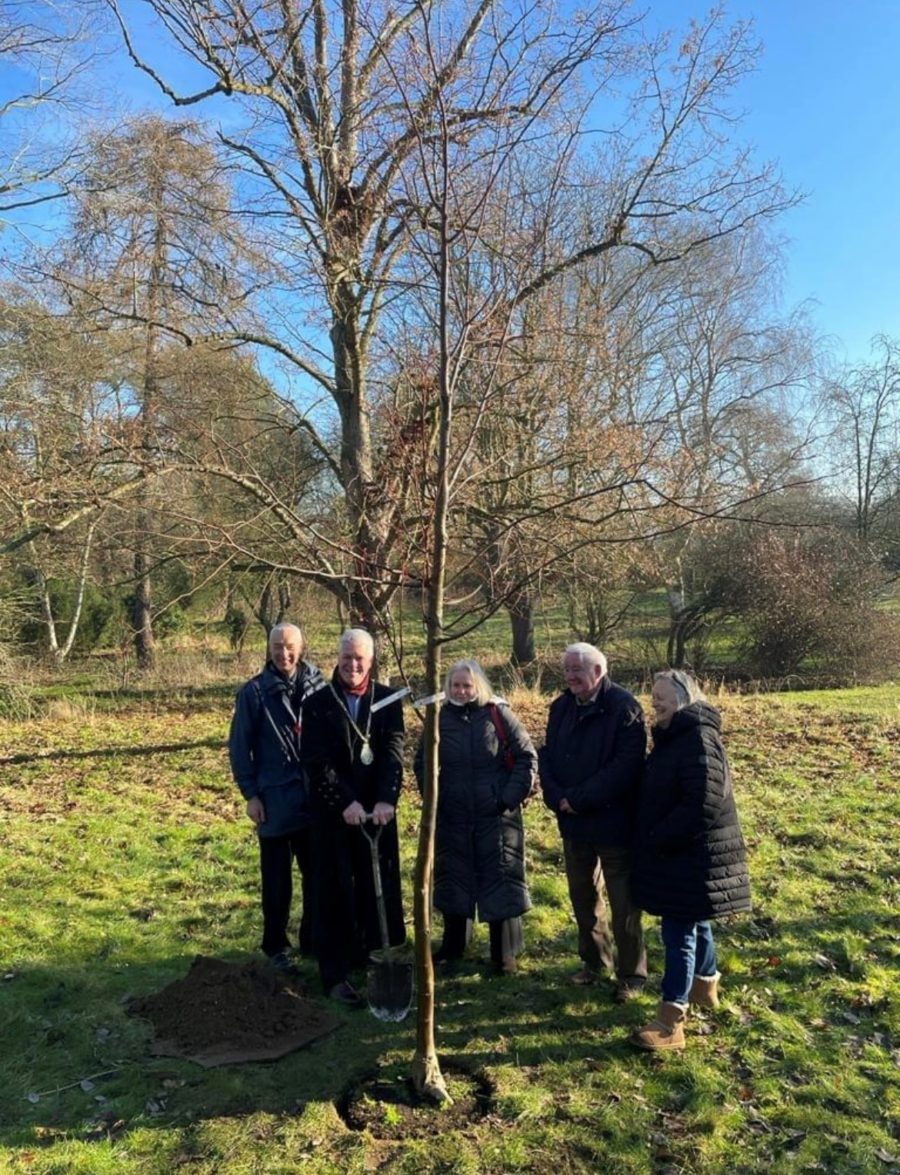 There will be commemorative tree planting as part of the Queen’s Canopy.

All of the parishes of the OX10 postcode district are coming together to collaborate on a big tree-planting and hedge-laying boost for our area to mark the first ever Platinum Jubilee.

If you are interested in planting a tree for the Jubilee or to find out more details on this initiative, visit the Queen’s Green Canopy Website. 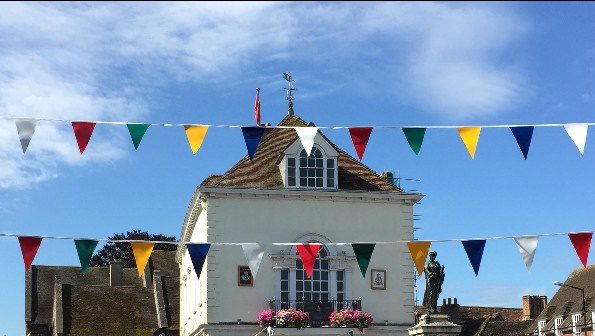 "A Town fit for a Queen"

The town will be dressed up in red, white and blue to mark this splendid occasion. Buntings and flags will adorn the town with the many shops, pubs and restaurants joining in the celebration in style!

More events and activities are still being finalised and will be added soon!

A timetable and schedule of events, activities and incentive news will be added in the coming weeks so please keep checking back on our website and don’t forget to follow us on Facebook for all of the up to date news!

National Highlights of The Queen's Jubilee

Lighting the Beacon’s – The traditional ceremony of lighting of the beacons will also feature, with beacons being lit throughout the United Kingdom. Visit The Queen’s Platinum Jubilee Beacon’s Website for further information.

A service of Thanksgiving – This is to be held at St Paul’s Cathedral, with more information to be announced at a later date.

Epsom Derby – Her Majesty, alongside members of the Royal Family, will attend the Derby at Epsom Downs.

Party at the Palace – The BBC will be broadcasting a live concert from Buckingham Palace, Platinum Party in the Palace, where some of the biggest names in entertainment will be performing live and celebrating the most significant moments from The Queen’s 70 years service.

The Big Jubilee Lunch has also joined forces with Fortnum and Mason for the Platinum Pudding Competition. Bakers across the UK are being invited to create a dessert for the royal milestone and five finalists will rustle up their creations for Dame Mary Berry who will be among the judges at a cook off in March. You can enter via the Fortnum’s website.

A Jubilee Pageant – this will also be hosted, with 5000 performers from the United Kingdom and Commonwealth combining a variety of performance arts to commemorate both Her Majesty, and the collective celebratory efforts of people worldwide. Further information can be found on the Jubilee Website

You will need to apply through South Oxfordshire District Council.  The District Council will check with the Streetworks Authority at the County Council to ensure it will not clash with any works that are taking place. It is anticipated that most parties will be held on Sunday 5 June 2022.

For further help and inspiration to get you started with your street party / Big Lunch, please go to The Big Jubilee Lunch / Eden Project Communities Website. Once you have signed up you will receive an information pack full of ideas, inspiration and tips to help you get started.