“We shall remember them”

The Council remembers the many men and women of Wallingford and elsewhere who died in the first world war, the second world war and in all of the many wars and conflicts that have occurred since.

The Remembrance Service takes place at the War Memorial in the Market Place with also a parade by marching groups, the Bugler sounding the last post and a fly past. This is followed with the readings of the names on the war memorial followed by the wreath laying which is usually done by the Mayor of Wallingford, Deputy Lieutenant, Freeman (Army and RAF), Deputy Police Commissioner, Members of Parliament, Royal British Legion, Oxfordshire County Council and District Council. 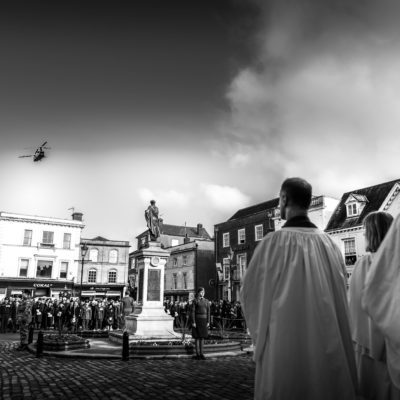 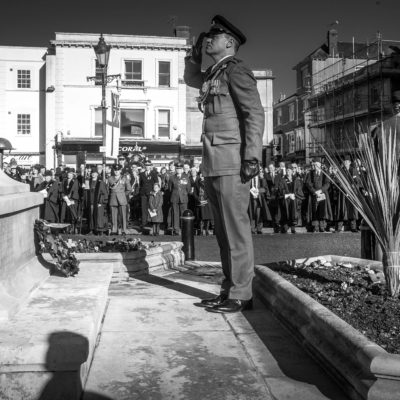 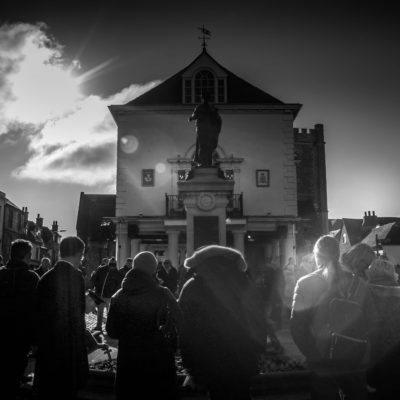 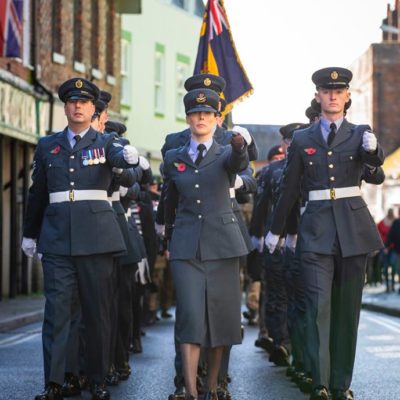 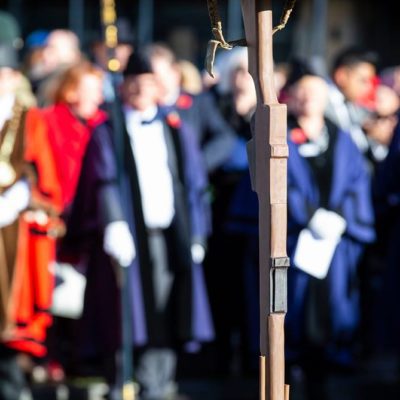 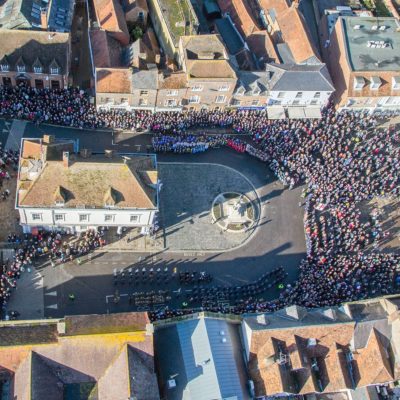 Wallingford Town Council would like to thank everyone who participated in this years’ Remembrance Sunday Commemoration.

A well turned out service was held in the Town Centre followed by a fly past from RAF Benson.

Wreaths were laid following a 2 minute silence and a service of Remembrance led by Rev. David Rice and was live streamed via Wallingford Radio.

We would like to thank all those who participated and attended the service to remember and reflect. 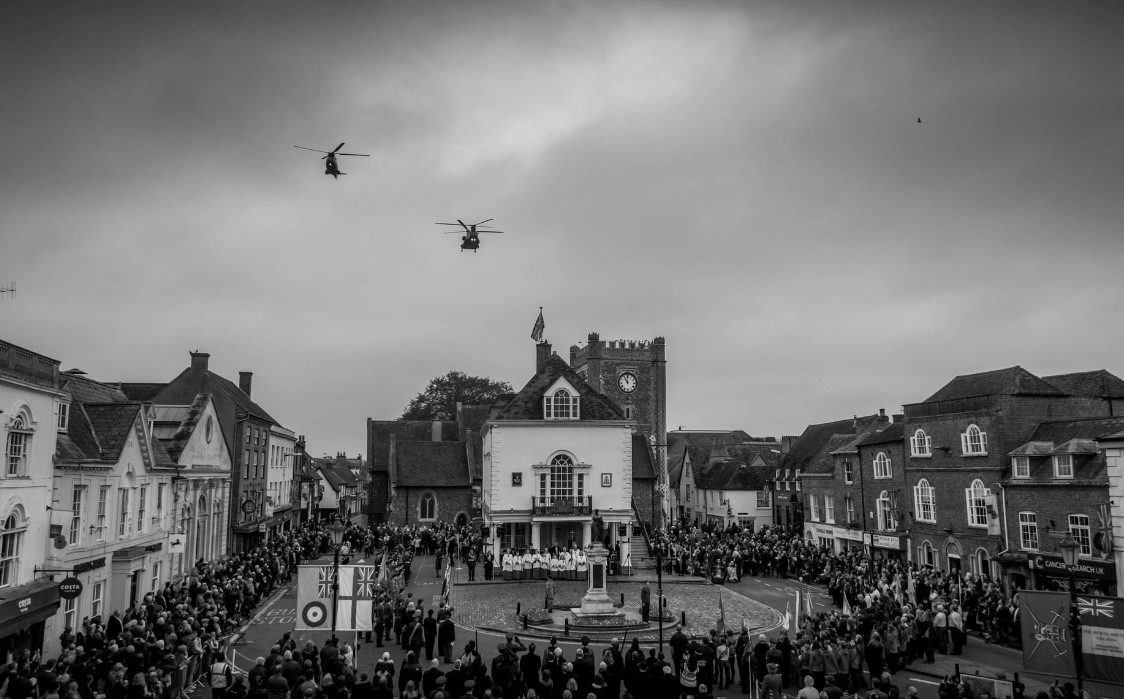 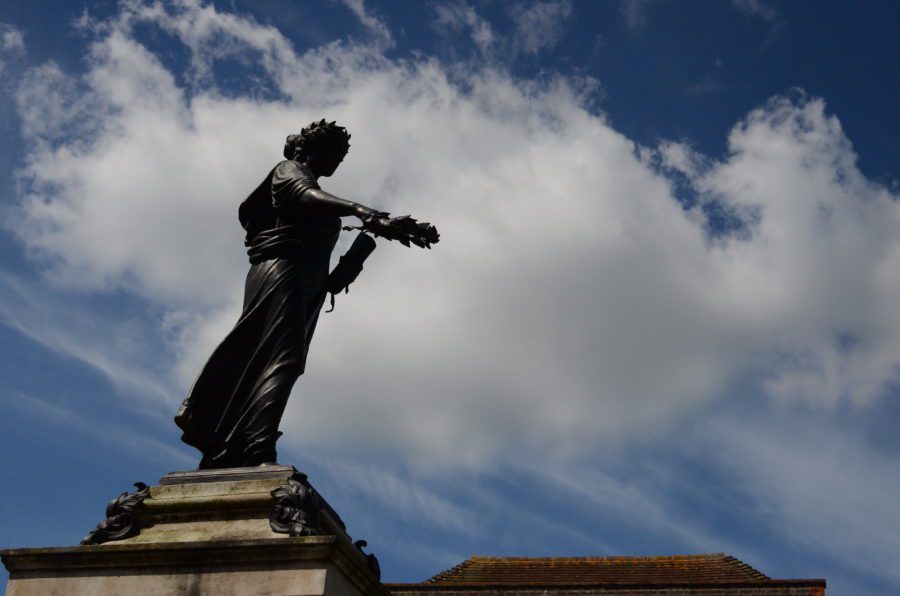 The War Memorial was designed by Sir Guy Dawbar and the bronze figure of peace and the panels were modelled and cast by George Alexander. The whole monument was built by Messrs William Honeybone, the well known firm of stonemasons who’s premises were then in St. Martin’s Street. It was erected on the site of the ancient bull ring and unveiled amid a considerable civic ceremony on Sunday 22nd May 1923. With the aid of a grant the War Memorial was refurbished in October / November 2018. 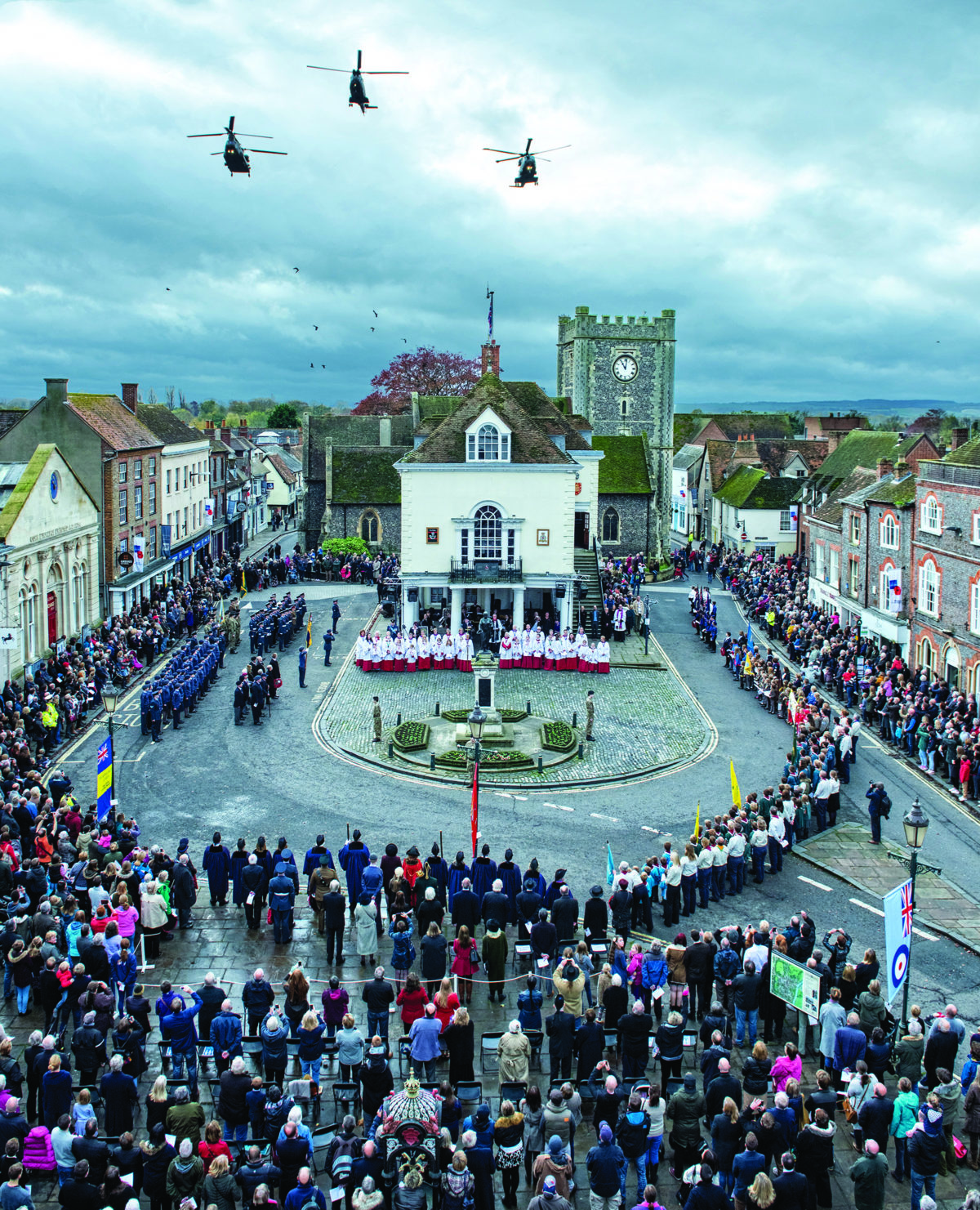