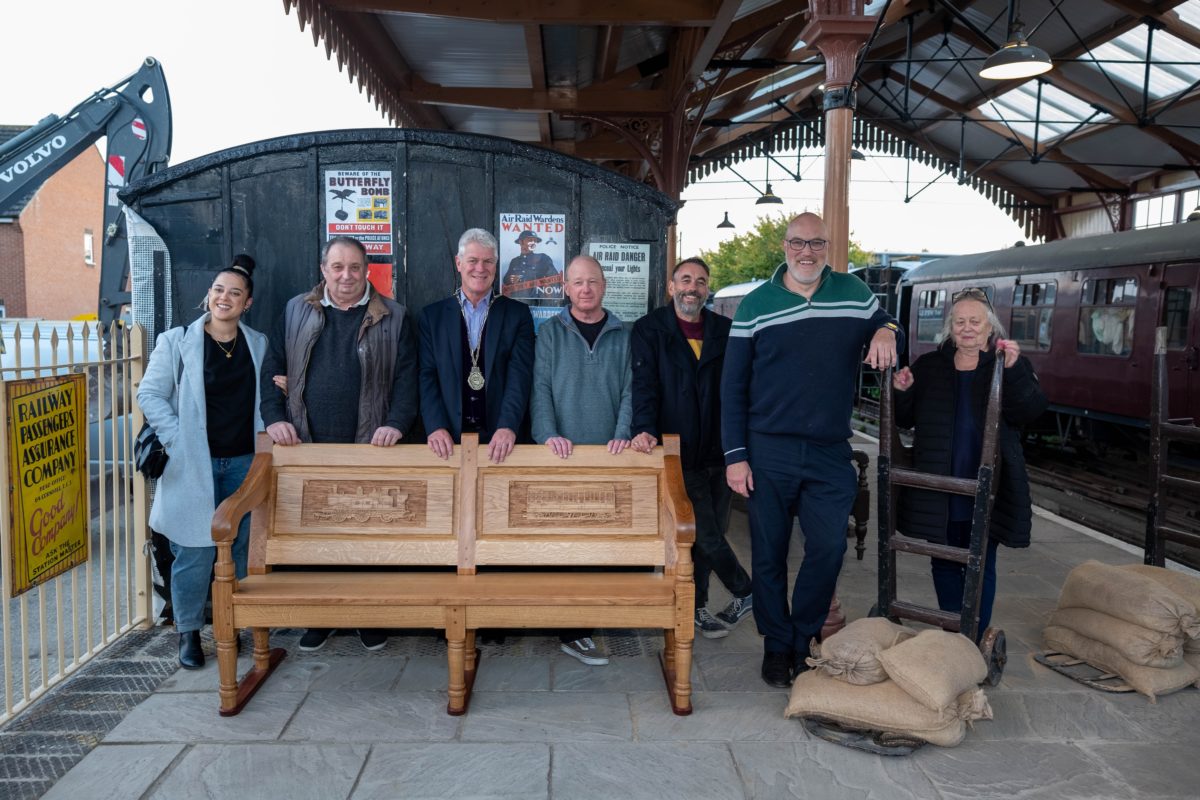 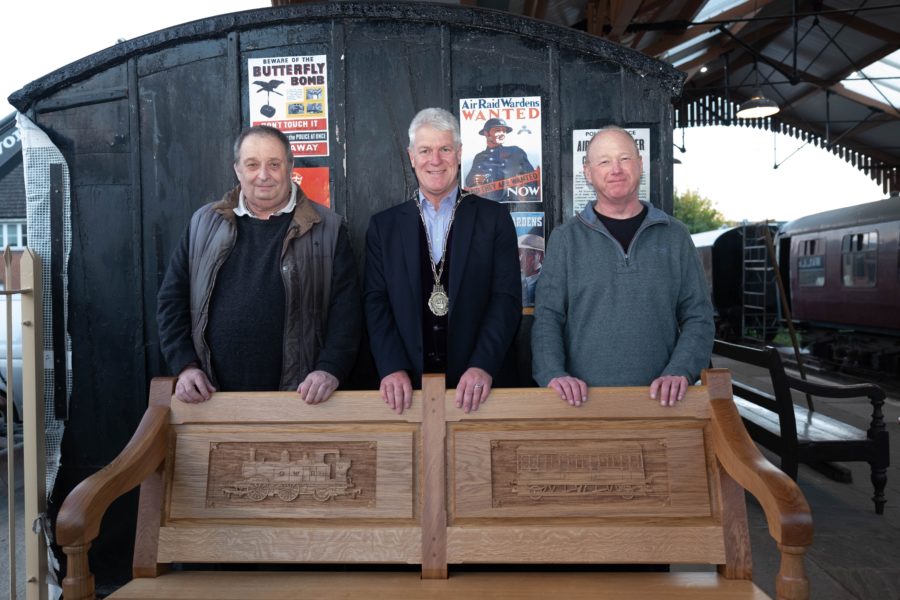 On Tuesday 11th October, The Mayor of Wallingford, Cllr Marcus Harris, unveiled a new bench at the Cholsey and Wallingford Railway and thanked craftsmen Pete Walker and David Williamson for their highest quality workmanship.

Lidl in Wallingford gave South Oxfordshire District Council funding as 106 arts money, to be used for seating in the immediate area.

As part of the Wallingford Arts Working Group, Cllr Ros Lester headed this project to enhance the link between Lidl and the Town Centre. Cllr Lester commissioned a local craftsman to design and make a bench to celebrate the Cholsey & Wallingford Railway, which is Lidl’s neighbour on St John’s Road.

Over a period of two years, the bench was created by craftsmen Pete Walker and David Williamson. Pete Walker took the design of the bench from an original bench in Cholsey station and built it using the highest quality oak. David Williamson carved two panels depicting the old bunk steam engine and a carriage, both delicately carved showing the minutest detail, which celebrates the history of the Cholsey & Wallingford Railway.

Lidl has kindly agreed that the bench should be given a safe home at the railway under the new canopy, which shelters it from the wet weather and means that the railway volunteers will be able to ensure it stays in a good condition.

This bench is the first half of the commission, with a second commission of a notice board created by five local craft persons to come in November. 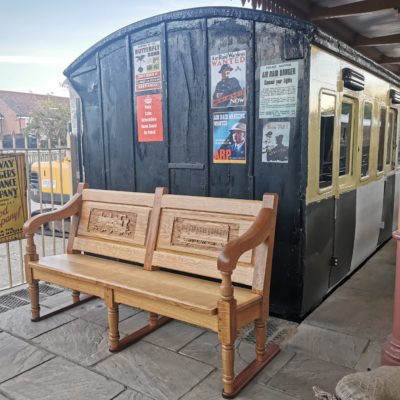 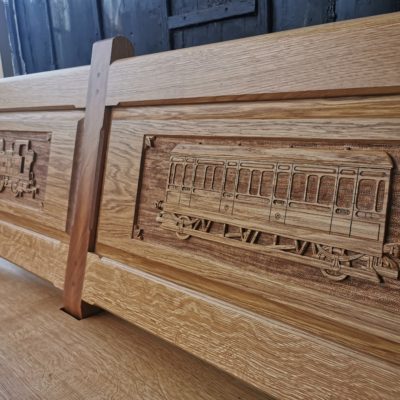