South Oxfordshire District Council has launched a new partnership aimed at improving the health and quality of the River Thames at Wallingford.

The council is working with environmental charity Thames21 and volunteers from the local community to collect water samples and complete user surveys, to provide much-needed information on the overall health of the river.

The project aims to improve everybody’s understanding of the causes of river pollution locally and ensure that all users of this stretch of the river – including swimmers, rowers and anglers – can make informed decisions about how they use the Thames.

The water samples taken at Wallingford, as well as from several points along the river in South Oxfordshire, will be analysed by Thames Water who are supporting the project.  The laboratory analysis will show levels of bacteria, including E.coli and Intestinal Enterococci, that are found in sewage and can make river users very ill. This data, together with surveys of river users over the summer, will be used to get a better understanding of how popular the site is and the extent of any issues with the water quality that poses a risk to humans and the overall health of the river.

Later this year, South Oxfordshire District Council will use the information collected during the project to inform an application to the Department for Environment, Food and Rural Affairs (Defra) for bathing water status for a mile stretch of the Thames with Wallingford at the centre.

If bathing water status is awarded, the Environment Agency would develop a bathing water profile for the site and put plans in place to monitor and protect the water during the bathing season in subsequent years. Achieving this award would not solve all pollution problems, but it would help to drive investment needed to ensure the river is suitable for people and wildlife.

So far, 20 local volunteers have signed up to take part in the project and received training from Thames21 in how to take accurate samples from the river.

Cllr Jo Robb, South Oxfordshire’s River Thames Champion, said: “The River Thames in Wallingford is a wonderful asset and our residents have enjoyed swimming there for many years. However, river users simply don’t know how clean the water is. With increasing concern around sewage pollution, we need to make sure people have the information they need to make an informed choice about whether to swim or not.

“I’m delighted that we are working with Thames21 and local volunteers to collect samples which will help inform future work and bring about the improvements required.”

Stephen Haywood from Thames21, said: “Bathing water status will help drive improvements upstream and provide regular water quality testing through the bathing season.  A cleaner river which is healthy for people to swim, paddle, fish and play in, is one where wildlife can also thrive. I’m really impressed at the level of support this project has from the local community as this represents just how important the Thames is to so many.” 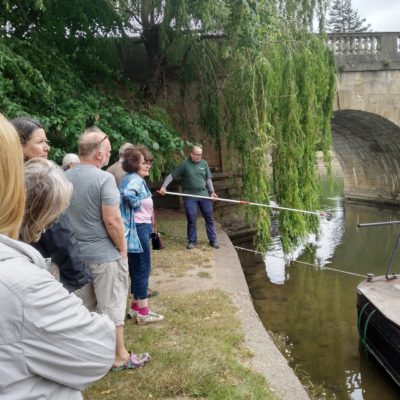 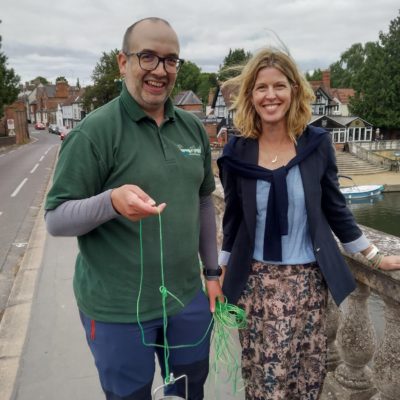