Every year, the people of Wallingford, honour two airmen serving in the Royal Canadian Air Force who gave up their lives to save the town.

On September 9, 1944, when returning from an aborted raid over the French port of Le Havre with other aircraft of the RCAF’s 426 ‘Thunderbird’ Squadron, the Halifax Bomber carrying Flying Officer John Wilding and Flight Sergeant John Andrew caught fire over Wallingford when an engine exploded.

Still carrying a full bomb load, Flying Officer John Wilding, 23, ordered his crew to bail out and he and the Flight Engineer, Sergeant john Andrew, 22 remained on board. They flew the bomber away from the town and it crashed into fields in Newnham Murren, on the Crowmarsh Gifford side of the river.

The pilots were mentioned in dispatches for their bravery, with Wilding posthumously awarded the Distinguished Flying Cross.

Every September, Wallingford Town Council organises a memorial service at the commemorative cairn and is attended by the Mayor of Wallingford and Town Councillors, representatives from the RCAF, RAF, Canadian House, the Andrew and Wilding family, the Royal British Legion and others. A short service is followed by laying of the wreaths. The Town Council invites members of the public to attend the short informal service to honour the two airmen who sacrificed their lives.

The Cairn with a plaque bearing the squadrons badge was built in 1960 at the junction of Andrew Road and Wilding Road. Two roads in Wallingford have been named after the servicemen so that they will always be part of the map of the town. It is very important that they are not forgotten.

Since 1998, the Canadian Flag has been flown over the Town Hall on the anniversary of their crash.

PLEASE REMEMBER there will be a road closure in place from 2:45pm until 3:30pm on Sunday 12th September around the Andrew and Wilding Roads. Please bear with our staff keeping those attending safe during the memorial service. 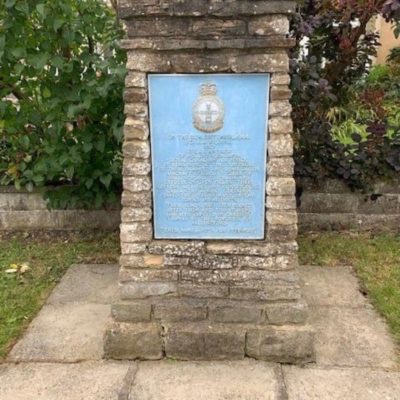 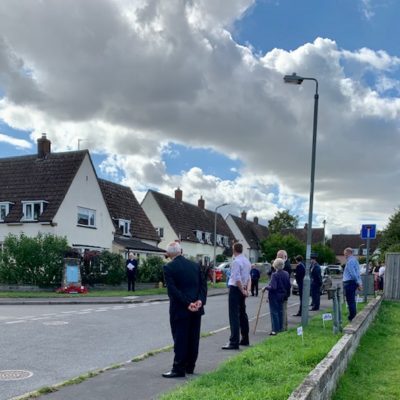